The Impossible (2013) Review by Shivom Oza – Watchable, Not ‘Moving’ Enough!

‘The Impossible’ is an English-language Spanish film, based on the real-life account of Maria and Henry Belon and their children, who were separated and ravaged by the catastrophic Indian Ocean tsunami in ’04. The film has its ‘touchy, tear-jerker’ moments, but, overall, it fails to make an impact. The film is watchable, but it won’t stay with you. Credit to the makers for touching upon the 2004 Indian Ocean Tsunami, a disaster that has not been captured on celluloid as yet!

Maria Belon (Naomi Watts), her husband Henry Belon (Ewan McGregor) and their kids Lucas, Thomas and Simon, are visiting Thailand for their Christmas vacation. The family plans to spend a few days at a picturesque tropical paradise resort. However, their holiday is cut short on the morning of December 26, 2004, by the tsunami. The family, while managing to stay alive, has been separated. While the eldest son Lucas is stranded with his severely-injured mother, Henry is lying unconscious in the middle of nowhere. The younger two children are tucked away in a safe location. How the separated family reunites among this chaotic atmosphere forms the crux of the film. 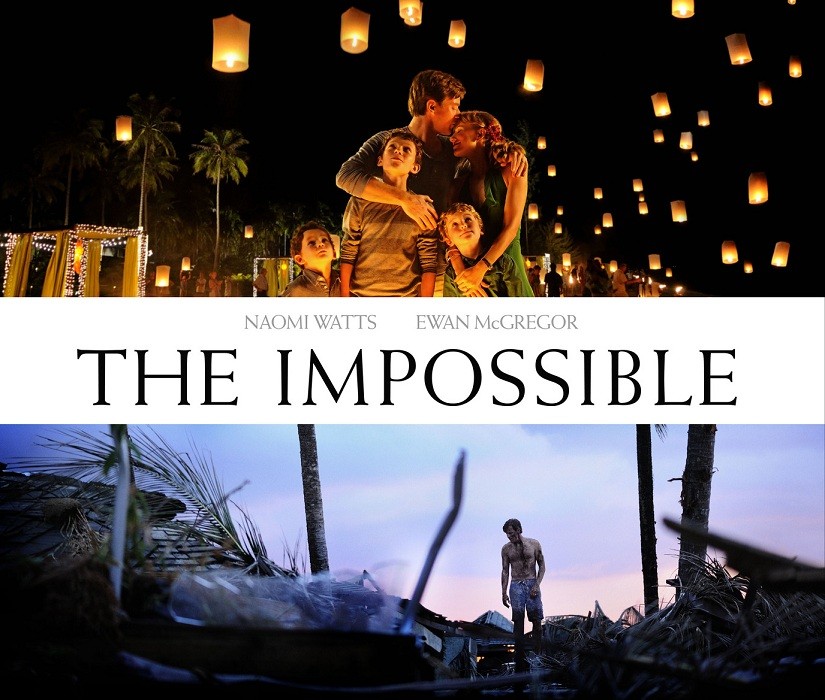 The film, directed by Juan Antonio Bayona and written by Sergio G. Sánchez (both of whom worked on the critically-acclaimed ‘The Orphanage’), manages to move you at several points. Whether it is the occurring of the tsunami, the washing away of hundreds of dead bodies, destruction of life and property, the sight of the vicious injuries and amputated bodies or the grief of the affected, the film manages to touch up on each of the mishaps that occur during any natural disaster of that magnitude. And these instances, backed with gut-wrenching visuals and dramatic background music, do move you a bit as well. However, in entirety, this two-hour-long film does not, and dare one say it, will not stay with the viewer. It keeps swaying between the Belon family’s misfortunes and the overall impact of the tsunami on all the victims, hence diluting the emotional impact. There are a couple of scenes towards the end, when the affected finally get some sort of closure, either through a reunion or an acceptance of reality, which are touching and may leave you a bit overwhelmed. However, as a real-life ‘disaster’ film, the writers could have done much more with the screenplay.

Naomi Watts and Ewan McGregor deliver fine performances; however they did not click as husband and wife. The three kids, Lucas (Tom Holland), Thomas (Samuel Joslin) and Simon (Oaklee Pendergast), are absolutely terrific. Tom Holland, in particular, who plays the eldest son, Lucas, gives an outstanding performance. Essentially, every member of the family had to portray themselves as grief-struck, panicky and devastated, and Tom manages to bring out all those emotions with utmost ease.

Watchable, but not ‘moving’ enough!