‘Murder 3’ manages to incorporate all the elements of a ‘typical’ Bhatt film – great music, beautiful locations, decent performances, at least one horror element, interesting and improbable twists, ample number of lovemaking sequences and unintentionally funny dialogues. Starring Randeep Hooda, Aditi Rao Hydari and Sara Loren, the film is about how romances are marred by circumstances. Or something on those lines!

Vishesh Bhatt’s directorial debut packs a punch. Although there are several sequences where the tackiness does show through, the film largely remains a good effort. While it is not known if the story has been lifted from another source, it must be said that the plot is quite different and intriguing. 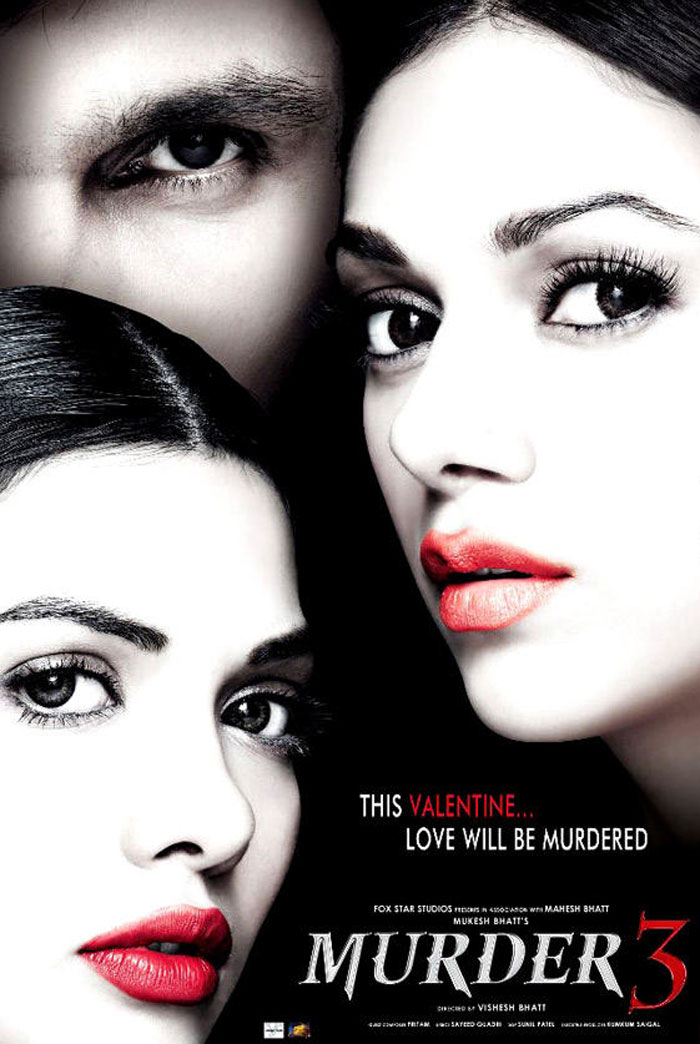 Vikram (Randeep Hooda) is a struggling photographer who moves with his girlfriend Roshni (Aditi Rao Hydari) from Cape Town, South Africa to Mumbai, India, in order to get a better career opportunity. On reaching Mumbai, Vikram gets enamoured by the lifestyle of the rich and the glamorous and gets too pally with one of his female colleagues. A few days later, Roshni mysteriously disappears. A grieving Vikram tries to pull back his life together and gets involved with a waitress Nisha, played by Sara Loren.

Now, who was the female colleague? Where did Roshni disappear? How did Nisha crop up suddenly? These are questions which will be best answered if you go watch the film yourself.

The film has its share of highs and low(s). While the lone low remains several badly-written scenes, the highs are far too many.  The film has great music by Pritam (terrific sounds of KK, Mustafa Zahid, Nikhil D’Souza and Shafqat Amanat Ali) and the guest composers of the popular band, Roxen. The screenplay, co-written by Mahesh Bhatt and Amit Masurkar, is crisp and gripping. Devendra Murdeshwar’s editing deserves lavish praise as at two hours, the film manages to keep you on the edge of your seats and the climax’s flourish is the icing on the cake. There are a few scenes wherein the humour creeps up unintentionally. However, these are minor blips and don’t affect the film much. Randeep Hooda has delivered a terrific performance. Even the female leads, Sara Loren and Aditi Rao Hydari, have done a fine job. One only wishes that the makers of the film would have promoted it differently. From the promos, ‘Murder 3’ did seem like another sleaze fest. However, the story is clearly the winner here. Films made by Bhatts usually end up making money, irrespective of the quality of their work or the mandate given by the reviewers. ‘Murder 3’ is a fine film and one hopes, that the Bhatts, who release a number of films in a year, don’t get complacent and keep getting better with every attempt. Vishesh carries forward the baton from here and going by his debut, things are looking bright for the production house.

‘Murder 3’ is not just another ‘Murder’ film, which promises a lot of skin-show. There’s good content, thankfully!