60-year old New York hedge-fund magnate Robert Miller ‘appears’ to be leading an extremely comfortable life. Portrayed as an efficient businessperson and family man, Miller enjoys a great reputation among his family and peers. However, the too-good-to-be-true success story gets demystified as we learn about his deep, dark secrets. And then, a car crash ensues. 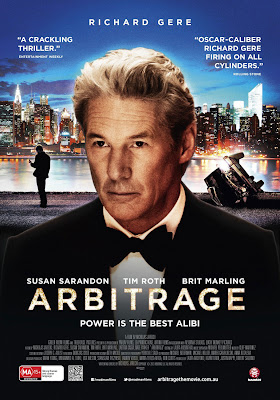 Armed with a gripping plot with sublime dialogues, ‘Arbitrage’ is one of the finest ‘drama’ films in recent times.

Robert Miller (Richard Gere), a 60-year-old business tycoon, equates everything with money. In a dialogue from the film, he is unequivocally told by someone, “Money doesn’t buy everything,” and Miller almost vehemently retorts, “What else does?” He appears to be a very well-off family person; however, none of the two descriptions are true. In reality, he has been hiding the fact that the reason he is desperately trying to sell off his trading empire to a major bank is so that his fraudulent practices (misplacing funds amounting to $412 million) are not revealed to his investors. Even his family, including his daughter Brooke Miller (Brit Marling), are unaware about the discrepancies in the company’s balance sheets.

Moreover, the family person tag doesn’t quite fit him. As much of a devoted husband, to wife Ellen (Susan Sarandon) he may appear in New York’s social circle, he has been having an affair with a French art-dealer Julie Côte (Laetitia Casta). Julie, who it seems is in love with Robert, is losing patience with him. Robert, meanwhile, is finding it really difficult to balance his financial doldrums with the extra-marital affair.

In the middle of all of this, there is a car crash, where Julie gets killed. The car is set ablaze and turns out; Robert’s dark secrets are on the verge of getting revealed to the world. One lapse of judgment risks Robert his money, family and freedom. Enter the NYPD detective Michael Bryer (Tim Roth), who will unrelentingly pursue the truth behind the crime, even if he has to use unfair means.

The plot, in a way, seemed very similar to Woody Allen’s ‘Match Point’. The ending might leave you a bit puzzled, but the fact is that this is very close to what actually happens in real life. As the dialogue implies, if money doesn’t buy everything, what else does? 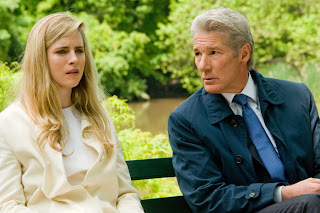 Richard Gere and Tim Roth, as the suspect and detective respectively, are exceptional. The best part was that it wasn’t a case of black v/s white. Both of their characters were grey. It was more about who was luckier. Definitely, the colour of money (green) also had to play its part! Both of them offer a great mix of being subtle and theatrical. The female characters in the film come across as strong, independent women. Sure, their lives are affected because of one man (Robert Miller), but they do hold their own. Susan Sarandon plays the kept-in-dark, unassuming wife, not entirely aware about her husband’s secrets. However when she does learn about them, she knows how to settle scores. Brit Marling, who plays the chief investment officer of the fraudulent company owned by her father, gives a phenomenal performance. Even the French mistress, played by Laetitia Casta, is an important character. Although the screen time given to Laetitia isn’t much, but the character hovers over the proceedings throughout and she does a good job in establishing such a strong presence.

Nicholas Jarecki, writer-director, delivers an outstanding film. The story could have gone the conventional way, but the director chose to stick to his guns. Douglas Crise’s editing keeps the film taut and concise without a single low point in the 100-minute-long film.

There’s a powerful message (not necessarily righteous) embedded in the film. Watch it for the brilliant performances. Take a bow, Richard Gere, who hasn’t lost his sheen at all! (First Posted in MSN)