‘Playing For Keeps’ is a slice-of-life film about a former soccer star’s troubles with marriage, son, finances and his own individuality.

The film stays true to its promise of being a great ‘romantic comedy’. Strikes an emotional chord with the viewers and keeps it light at the same time! 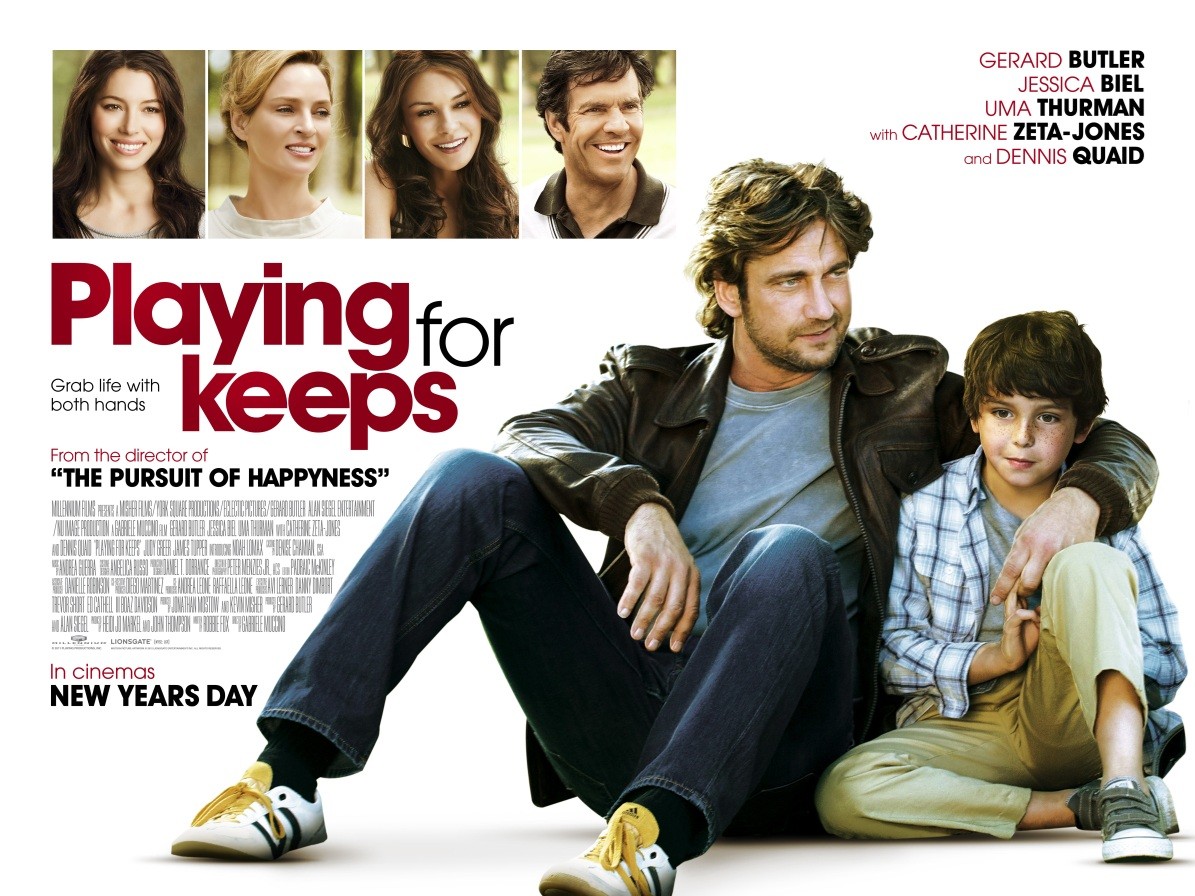 Former soccer star, George Dryer (Gerard Butler), finds it extremely difficult to come to terms with his life, post-retirement. Having been separated from his wife, Stacie (Jessica Biel), and son, Lewis (Noah Lomax), George finds himself stranded at a guest-house adjacent to an Asian landlord, Param’s (Iqbal Theba) mansion. Unable to pay the rent, George, having already experimented with a bar, tries his hand at sports casting.

He gives a self-shot tape to an already-established sport caster, his friend and former teammate, Chip Johnston (Jason George), so that he can make some leeway in his financial pursuits.

He also gets to spend the weekends with his son Lewis. He gets to drive him to football practice and both of them have dinner afterwards. Having been left by George when he was just a toddler, the kid has no memories of good times spent with his father. Stacie, living with her current partner Matt (James Tupper), too, looks back at her marriage with resentment as George was never there for them.

Once, during football practice, George fills in for the burly, good-for-nothing, perpetually-stuck-on-the-phone soccer coach, and has a great time with the kids. His football antics impress the parents, who insist that George take up full-time coaching of the school kids.

Now, while coaching, George ends up attracting the attention of several mothers. These gorgeous ladies, all of them either single or unhappy with their current partner, shamelessly hit on George, trying to get into bed with him. The ladies in question, Uma Thurman, Catherine Zeta-Jones and Judy Greer, would charm the hell out of any man and George, eventually, does relent to two of them! 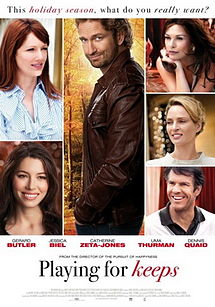 The rest of the film harps upon George’s bonding with his son Lewis, his coming-to-terms with the broken marriage and his relentless pursuit of the sports casting job.

The film packs in some wonderful moments, especially those involving Gerard and Noah. The two share brilliant camaraderie on-screen. Noah pulls off a difficult role. He is not just supposed to play a happy-go-lucky child, but also one who gets insecure when he sees his father with other women. There is a scene in which George is talking to the gorgeous Denise (Zeta-Jones) outside his house. Lewis, who is sleeping in his own room inside the house, swiftly moves to his father’s room so that he can prevent his father from calling Denise inside. In the next sequence, you have Lewis telling his father that he loves him and they hug tightly.

Director Gabrielle Muccino (‘The Pursuit Of Happyness’, ‘Seven Pounds’) is terrific at capturing father-son bonding, and he doesn’t disappoint this time around as well. Catherine Zeta-Jones is adorable as the cougar and so is Judy as the weeping woman on the prowl! Uma hardly gets any screen time, but boy, she does looks like a million bucks!

Gerard and Jessica share amazing chemistry on screen. They quarrel and argue through most of the film, but they very much looked like an estranged couple.

Dennis Quaid, who plays the multi-billionaire businessman Carl, was also wasted in an inconsequential role. His character was supposed to cause the main conflict towards the end of the film. However, as earnestly as Quaid tries to pull off this character, the weak writing lets him down.

Andrea Guerra lends pleasant music to the film, and the lovely visuals are courtesy Peter Menzies Jr.’s cinematography. Robbie Fox has written a very feel-good, slice-of-life screenplay. Although soccer is an integral part of the film, jargon has been kept away it, thankfully. Gerard Butler is definitely the scene stealer here. The actor, revered for his great looks, packs in more than a punch.

‘Playing For Keeps’ is a great ‘slice-of-life’ film. It’s packed with some great dialogues, wonderful moments and fine acting. It’s definitely worth a watch.