Rise Of The Guardians (2012) Review by Shivom Oza – Such A Delight!

The Guardians (of the World, presumably!), Santa Claus, Easter Bunny, Tooth Fairy, Sandman and the newly-anointed one Jack Frost, get together to combat the evil Pitch, who wants to engulf the world into darkness. Based on William Joyce’s book, ‘The Guardians Of Childhood’, and short film, ‘The Man In The Moon’, ‘Rise Of The Guardians’ is an animated fantasy-adventure film, directed by Peter Ramsey. 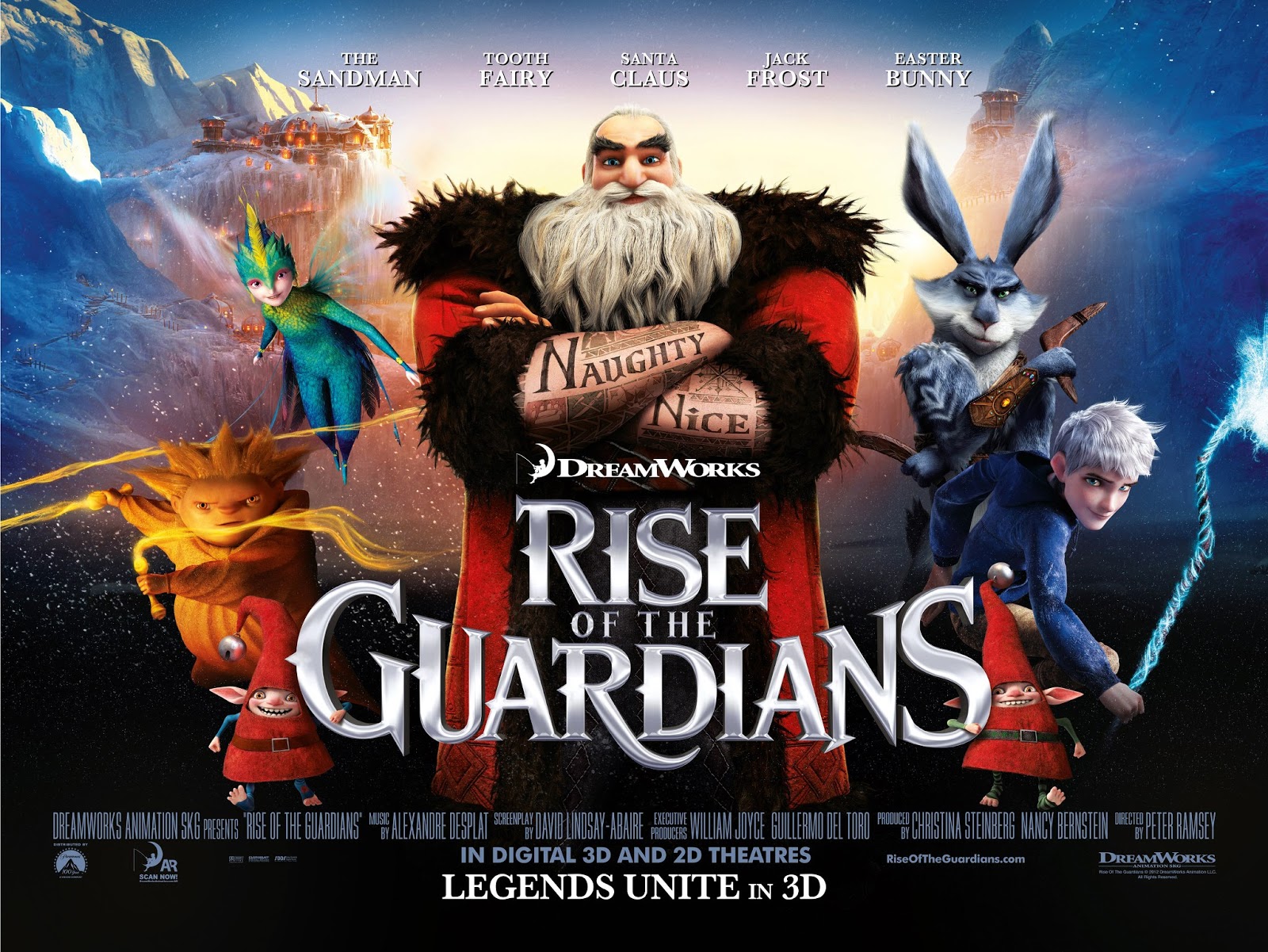 All the better animation films of the year have come during the latter stages of 2012; ‘Wreck-It Ralph’, ‘Hotel Transylvania’, and now ‘Rise Of The Guardians’. The visuals are absolutely incredible, courtesy DreamWorks Animation. The story maybe a bit clichéd, but the film, in entirety, is a joyous experience.

The spirit of winter, Jack Frost (Chris Pine), at the beginning of the film, narrates how he came into being hundreds of years ago, when he was lifted from the depths of a frozen lake by the ‘Man in the Moon’, and has been invisible ever since because no one believes in him. Up at the North Pole, Nicholas St. North, popularly known as Santa Claus (Alec Baldwin), is warned that Pitch the Bogeyman (Jude Law) has returned and threatened children all around the world with his fear.

His fellow Guardians, the Tooth Fairy (Isla Fisher), the Easter Bunny (Hugh Jackman) and the Sandman (sans voiceover), reunite to battle their nemesis. The team learns that a new Guardian, Jack Frost, is going to join them. Jack, who is already frustrated by centuries of abandonment owing to the children’s disbelief in him, is initially skeptical to join them. 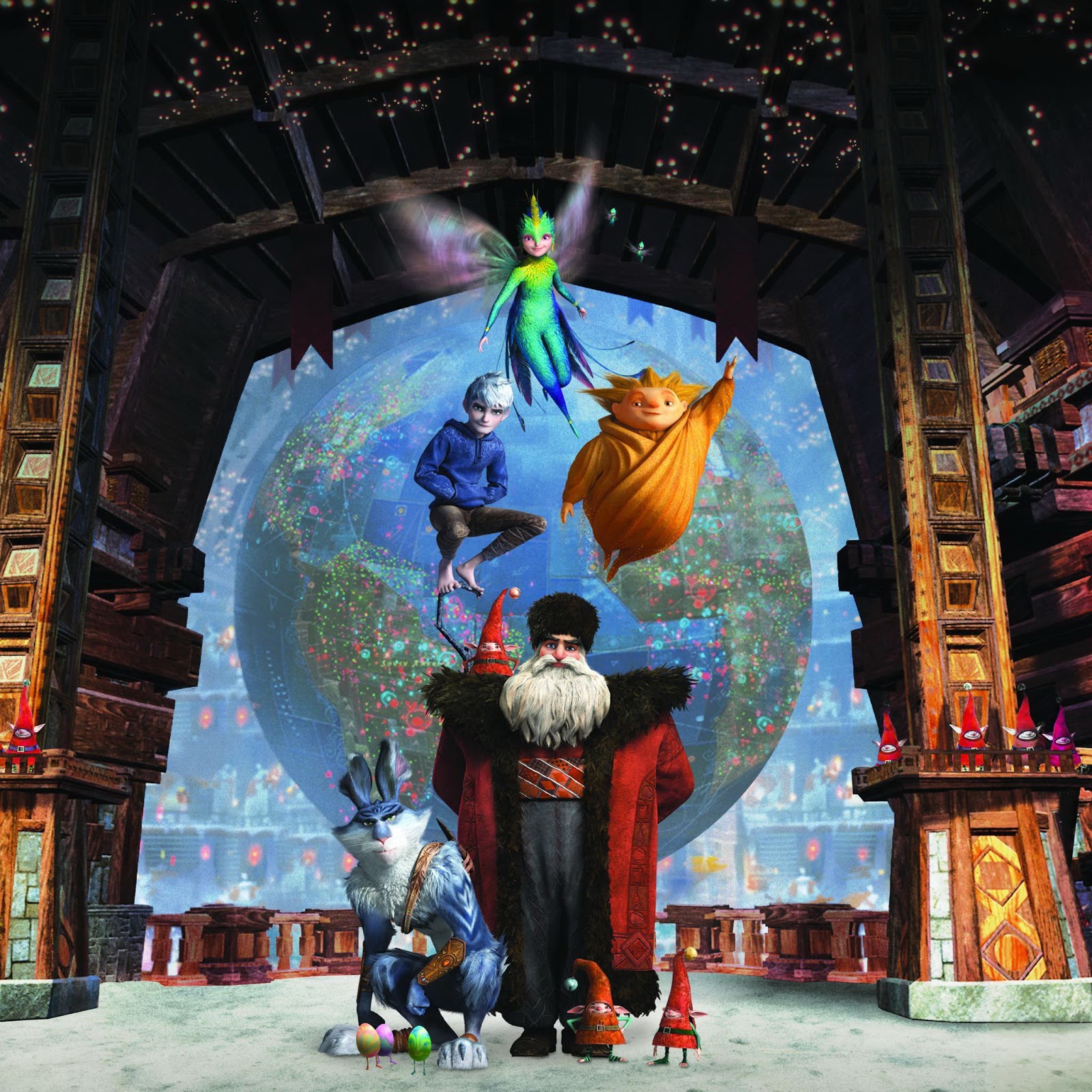 However, as time passes, Jack and the Guardians start becoming more accepting of each other. Jack, too, finds out the real truth about his past. Together, all of them strive to rid the world of Pitch and make it a happier place. The lights on Santa Claus’ North Pole globe are soon running out, thanks to the despair that the Pitch is spreading among the kids! Can the Guardians rise to the challenge and make the children happy again? You bet, they will!

The eclectic line-up of voiceover artistes, the adorable characters and the stupendous visuals make ‘Rise Of The Guardians’ one of the better animated films of the year. Even though the storyline is quite clichéd, the dialogues and the extraordinary bonding among the ‘fairy-tale’ characters completely spellbinds you! Scenes involving Jack Frost and the kids, with the Tooth Fairy and the Pitch are wonderfully written and connect you to the proceedings. There are so many references made to festivals such as ‘Easter’, ‘Christmas’ etc., and the treatment is so wonderful that it will make you feel like you’re a kid once again!
This is the film to watch, for the kids, and the adults! Lots of goodness filled in this hour-and-half-long film!