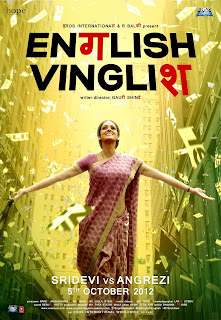 A low-on-confidence Maharashtrian housewife wants to redeem herself by learning English. How does she do it?

‘English Vinglish’ is the film to watch for every father, mother, husband, wife, son and daughter.

Sridevi plays a middle-aged Maharashtrian housewife Shashi Godbole. Shashi may be weak at speaking English, but that doesn’t deter her from being the wonderful mother, loving wife and doting daughter-in-law. However, her husband Satish Godbole (Adil Hussain) and her daughter (played by Navika Kotia) never appreciate her efforts and are rather embarrassed of the fact that she can’t speak English. Her son Sagar (Shivansh Kotia) although does play mama’s boy-cum-khabri, snitching on his teenage sister every now and then. Shashi runs a small business from home. She makes wonderful ladoos (something which her husband takes huge pride in, albeit with a touch of contempt) and sells them around the locality.

Already saddened by the behaviour meted out to her, she has a higher mountain to climb as she has to travel all the way to New York to help out her widowed sister (played by Sujata Kumar) with her daughter Meera’s wedding. It is at New York where Shashi, who finds herself completely alienated in a country where knowing English is considered a ‘must’, realizes that she will have to fend for herself and learn the language. So, she ends up at a 4-week class where she meets people who come from completely different backgrounds (African, Spanish, French, Chinese and Pakistani), all of them with a common grievance – they don’t know English. 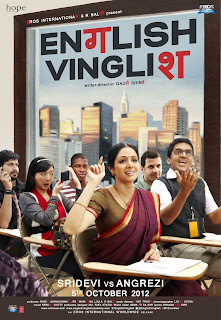 The film traces Shashi’s journey through these 4 weeks as she learns lessons far more significant than just English! Sridevi is absolutely fantastic in the film. The film is not a comeback. It is a gentle reminder that she hadn’t gone anywhere. Her scenes with her kids are so genuine and relatable that they will leave you with a lump in the throat. Also, her conversations with her mother-in-law, played by Sulbha Deshpande, and her husband are completely slice-of-life. Sridevi holds the film throughout its 120-minute-long duration. The kids, Navika Kotia and Shivansh Kotia, are terrific. Watch out for Shashi’s son Sagar. He is so bloody adorable. You will love him in the film.


Adil Hussain does a fine job as the snobbish husband. The rest of the supporting cast, including Sujatha Kumar, Priya Anand and Sulbha Deshpande, too deliver great performances. The best scenes, however, feature Shashi’s classmates. Professor David Fischer (Cory Hibbs) and the class members P Ramamurthy (Rajeev Ravindranathan), Yu Son (Maria Romano), Udumbke (Damian Thompson), Eva (Ruth Aguilar) and the Frenchman Laurent (Mehdi Nebbou) along with Shashi (Sridevi) form a brilliant team. The scenes involving the ‘English-learning’ stand out in the film. Sridevi’s chemistry with Nebbou is sparkling. There’s also Amitabh Bachchan in a special appearance. Watch the film to know what he does! 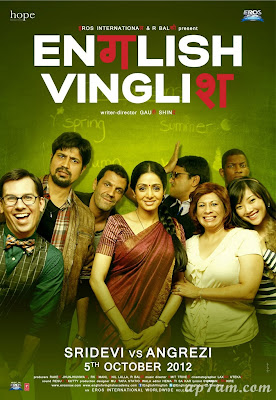 Although the story is very simplistic and quite predictable, the scenes are so well-written that you will find yourself glued to the proceedings from the word Go! The concept itself is so relevant in a country like ours, where so much importance is given to knowing and speaking the English language. Writer-Director Gauri Shinde resists the temptation of going over-the-top with the emotional drama. The high-voltage scenes too, have a semblance of control and maturity which make the film such a smooth ride. The scenic locales of New York have been wonderfully captured by lens man Laxman Utekar while the crisp editing by Hemanti Sarkar keeps you enthralled for two hours! Along with Sridevi, Gauri Shinde deserves all the accolades for making such a special film. This is not just ‘Best Debut Director’ material, but ‘Best Director’ material! The film will remind everyone of someone either from their own family or from their friends’ family. There is a Shashi in almost every household of the country. And the film shows us that this Shashi should be acknowledged, respected and helped, instead of being put down. There are some scenes in the film which will make you guffaw, some which will make you let out a teary-eyed smile and some that will choke you. Full of emotion, this!

Music director Amit Trivedi delivers yet another gem for ‘English Vinglish’. The title song, male version suing by Amit Trivedi and the female version crooned by Shilpa Rao, is a winner. Another song that stays with you is the Marathi number ‘Navrai Majhi’. The other songs ‘Manhattan’, ‘Dhak Dhuk’ and ‘Gustakh Dil’, are fine and fit in well into the screenplay.

For those who do not understand any language, to sum up this film - J