The lives of Georges and Anne, both of them retired music teachers, change when one of them gets a paralytic stroke. The film is about unconditional love.

'Amour' plays out the emotional card wonderfully. The two leads deliver outstanding performances. However, in its entirety, 'Amour' leaves a lot to be desired. The winner of Palme d'Or at the Cannes Film Festival this year, the Austrian film was screened at the 14th Mumbai Film Festival as a part of the 'World Cinema' section. 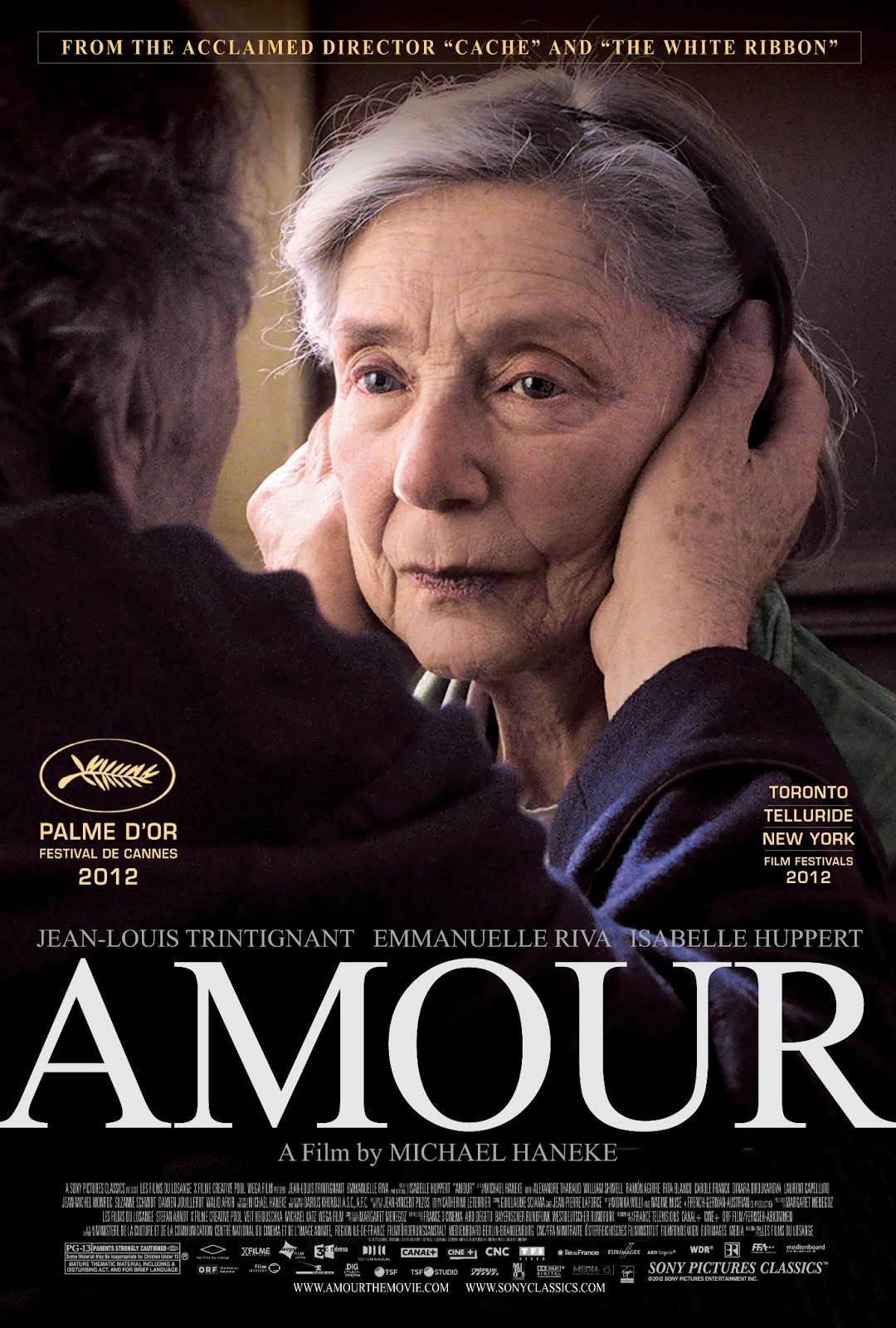 Georges (Jean-Louis Trintignant) and Anne (Emmanuelle Riva) are retired music teachers leading a comfortable life in their plush apartment in Paris. Their daughter Eva, who is also a musician, lives abroad with her estranged husband.

All goes fine for the couple, until one day when Anne suffers an attack which paralyses her arm. Her condition worsens post a surgery where she bears the brunt of the 5 per cent failure rate. It is at this point, where Anne is confined to the wheelchair and her bed throughout the day, when the love between the couple is really tested. Georges and Anne still try to lead their lives as normally as they possibly can, given the circumstances.

However, with Anne's growing problems and Georges' own old-age concerns, there are pitfalls one too many. The story is pretty simple. The film is more about 'individual moments'. Georges' inner struggle, the love for his wife, his defiance in ignoring the 'expert' advice of his daughter and his neighbours and battling his own old-age problems, are captured wonderfully. Eva, in spite of being devastated owing to her mother's condition, is shown to be a more practical person rather than an emotional one. Although she does pay the odd visits to her ailing mother, that emotional connect isn't quite there. The atmosphere of a family, wherein you have someone as ill as Anne, is portrayed realistically. There are no emotional outbursts, just helpless, melancholic sighs. Silence plays an important part in the film. Although it wonderfully captures the mood, it does slow the film down considerably.

The rapport between the husband and the wife is wonderfully shown. Immense control in needed to play such characters, and both Jean-Louis and Emmanuelle come out shining. The film, albeit not a heart-wrenching love story, is a sensitive take on old-age. At many points, you will relate to the story notwithstanding your age. On the outset, it is about old-age love but the subject does have a universal appeal. Is love only about finding convenience or is it about adjusting and fending for the other person? If it is the latter, then how far can you go? 'Amour' answers this question. Michael Haneke delivers a fine film. This is as real as cinema can get. Tedious it may be, but it still remains 'real'.

Just because it has won the Palme d'Or at the Cannes Film Festival, does not make it a must-watch. Those who are not fond of 'meditative' films will not like this one. For the rest, love is not as rosy as some books and movies portray.