Wilee, a New York City bicycle messenger, picks up an envelope that invites trouble from all quarters.
Quite a silly film, really. Cycling enthusiasts may enjoy the stunts, but that’s about it. Joseph Gordon-Levitt tries hard to salvage the film with his performance but the script is just too weak.

Wilee (Joseph Gordon-Levitt) doesn’t believe in doing a job that requires you to wear suits. He doesn’t believe in using the brakes, neither is he a big fan of gears. All he is fond of is meandering through the streets of New York City on his bicycle. He is a bicycle messenger. He believes that if mail, telephone, internet et al, don’t do the job, bicycle messengers most certainly will. The film ‘Premium Rush’ is about a series of events that occur over 5-odd hours. Wilee is trying to cajole his ex-girlfriend Vanessa (Dania Ramirez) to get back. Wilee’s nemesis, Manny (Wolé Parks), tries to outdo him in every department – looks, physique, cycling, Vanessa! Their banter is fun initially but later on, it gets too garish. 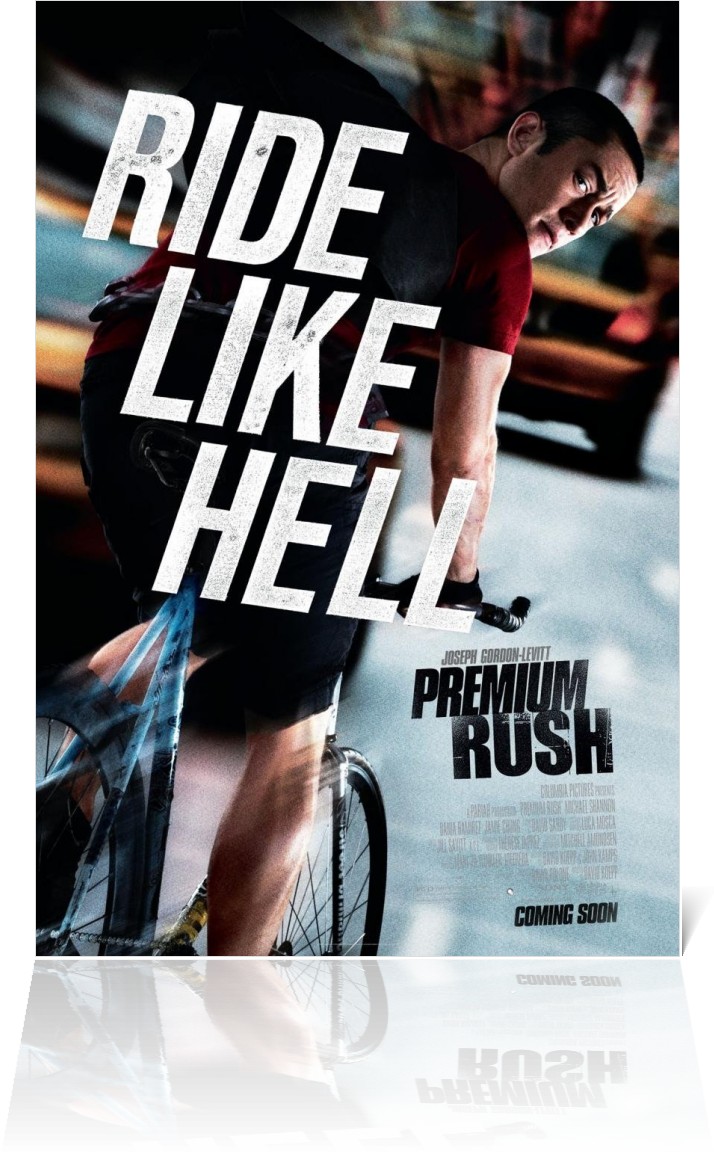 The problem begins when Vanessa’s roommate, Nima (Jamie Chung), delivers 50 thousand dollars that she has saved for two years to Mr. Leung (Henry O), a Chinese hawaladar, for a ticket that she must deliver to Sister Chen. She is doing all this to get her son and mother in one of Sister Chen’s ships that smuggle people from China to United States. She cannot get them to United States through the legal discourse owing to the fact that she had written an article on Tibet a while ago (which irked the Chinese authorities).

Moving on, so Wilee becomes the go-to man for the delivery of this ticket. He doesn’t know what the ticket is for and what dangers will it lead him to. He is followed through the city by one maverick gambling-addicted police officer Bobby Monday (Michael Shannon). Bobby wants the ticket for he owes huge amounts of money to one Mr. Lin. Yes, the story is very confusing. The dots do connect in the end but then the screenplay isn’t taut enough to last for two hours.

Except Joseph Gordon-Levitt, everyone else is just ordinary. The casting of the film is quite poor, to put it mildly. At one point, it looks like the actors were picked up merely for their ethnicity and not for their acting skills. Chinese, American, Mexican, Indian, it was a cultural casting coup.

The writing (David Koepp and John Kamps) is quite poor. The screenplay could have easily been a good thirty minutes shorter. The dialogues were unfunny and bland, at best. There is absolutely no thrill in the film. Even the climactic sequences have been unfolded very abruptly. Considering, they dragged the film so much the least they could have done is to give the film a better end. Overall, the film is quite a downer. The cycling stunts have been performed well by Joseph Gordon-Levitt. That’s about it!