After daughter Kim gets kidnapped in ‘Taken’ (2009), it’s the parents’ turn. Ex-CIA operative Bryan Mills finds himself in the middle of yet anther kidnapping. His own! 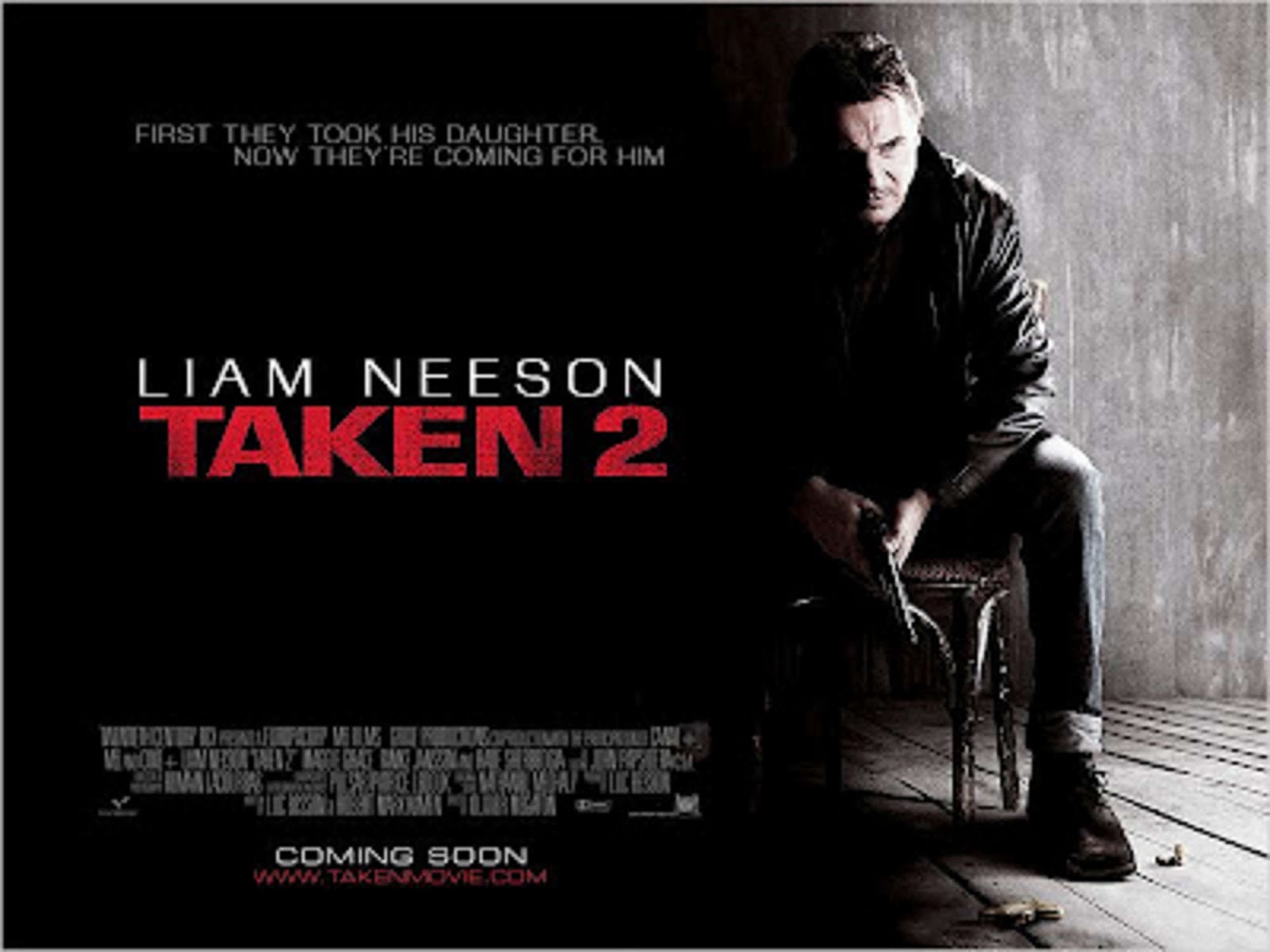 Action-packed just like the first film in the franchise! Don’t go in finding logic, there’s none. However, the 90-minutes-long (pleasantly short) film cuts in some breathtaking stunts, witty dialogues, charming father-daughter bonding and lots of illogical plot-points! Works well, if all you’re looking for is entertainment.

After the events in Paris in ‘Taken’, the family members of the men whom Bryan Mills (Liam Neeson) killed while looking for his kidnapped daughter, Kim (Maggie Grace), return to their homeland Tropojë, Albania, for the funeral. Here, Murad Hoxha (Rade Šerbedžija), the leader of the slain men and the father of Marko, whom Bryan killed through electrocution, declares that they will find their culprit to avenge the loss of their loved ones.

Bryan, meanwhile, is trying to get closer to his daughter. Although he gives her driving lessons frequently, it is only until recently that he finds out that she has a boyfriend. Playing the over-protective father to the T, Bryan lands up at the boy’s residence to get Kim back.

Kim’s mother, Lenore (Famke Janssen), meanwhile, is drifting away from her present husband. After her husband cancels Lenore’s and Kim’s holiday to China, Bryan suggests that the two accompany him to Istanbul. 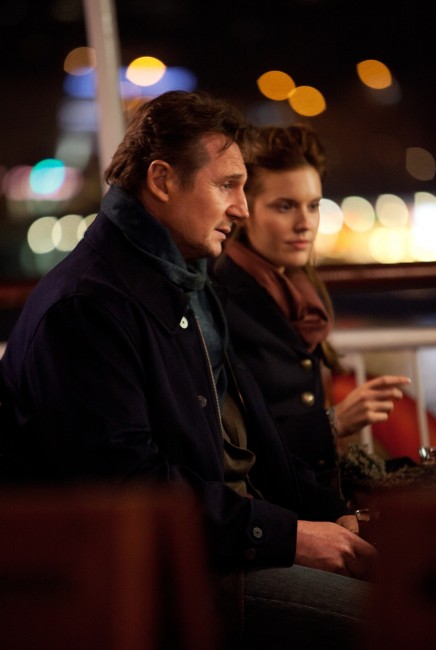 What Bryan doesn’t know is Murad and his people are aware of his whereabouts. So they are followed all the way to Istanbul. Bryan and Lenore get kidnapped. All Bryan has is a communicating device through which he can keep in touch with his daughter Kim, who is hiding away in a closet in a hotel room in Istanbul. Bryan lets Kim to open his suitcase, wherein all his equipment has been kept. Through some weird topography, Bryan figures out his own location using his daughter’s help. Bryan asks Kim to throw grenades in the middle of nowhere on a deserted terrace just so that he can figure out his distance by hearing the sound. Yes, Bizarre but it’s the movies!

We all know what happens in the end. Who knows if there’ll be a third film! However, ‘Taken 2’ is quite enjoyable. Who goes in looking for logic in these films anyway? The chase sequences on the streets of Istanbul have been shot excellently. Even the action sequences are brilliantly choreographed. The background score of the film is fairly good. Overall, the film promises a great mix of action and entertainment and delivers to a great extent. The cast, thankfully, does a wonderful job. Liam Neeson still packs a punch!

Director Olivier Megaton delivers a fairly good action film. Although there is nothing extraordinary about the writing, the story is simple to understand. Action films can work without weird aliases, biological warfare and all that razzmatazz. And yes, shorter lengths can work wonders!