Firstly, ‘StreetDance 2’ has nothing to do with its predecessor ‘StreetDance’ (2010), so you need not watch the first film to figure out the story. The only common elements, besides dance, being the ‘Britain’s Got Talent’ stars Flawless and George Sampson! This film is about your run-of-the-mill street dancer Ash (Falk Hentschel) who along with his newfound friend and manager Eddie(George Sampson) set out to gather the best street dancers from Europe to beat the world’s best dance crew ‘Invincibles’ at an event in Paris. They even rope in a salsa dancer Eva (Sofia Boutella) to conceive an alternate dance form, a fusion of street dance with the Latin variety. 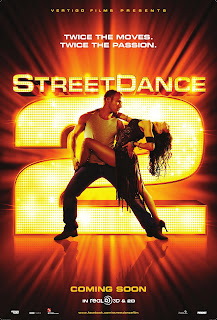 The story is of course, peppered with innumerable dance sequences, some of them exquisitely shot by the brilliant Sam McCurdy, a clichéd romantic track and that customary twist at the end. The dance sequences, especially the ones featuring Sofia Boutella displaying her salsa moves are impeccably performed, and the credit for that should go to the directorial duo at the helm, Max Giwa and Diana Pasquini. Falk Hentschel does a decent job in the dancing department, however leaves a lot to be desired in his acting. George Sampson, who had also featured in the first film of the franchise, does an impressive job. You also have the veteran actor Tom Conti, who plays Eva’s uncle in the film. He charms the viewers with his witty one-liners, histrionics with a tinge of subtlety and yes, even shows-off dance moves of his own. Overall, the performances were decent. Sofia Boutella looks stunning, dances amazingly and does her acting bit fine too. You may hear a lot more of her in time to come.

As far as the plot goes, there is nothing that you haven’t seen before. Films about a bunch of underdogs taking on the much-touted dance-troupe, a David v/s Goliath, if you may, have been done to death.  However, the makers could have done so much more. The story is far too predictable, and even the minor twist at the end fails to make the film intriguing enough. The editing (Tim Murrell) saves the day, keeping the film short and concise. The music too, offered an eclectic mix, considering the film was not just about street dance but its fusion with the Latin form. Kudos to the choreographers Rich & Tone Talauega for Hip-hop sections and Maykel Fonts for Latin sections, for offering something different from the usual fare!  The 3-D is disappointing, so if you do watch this film, watch it in 2-D.

The film is strictly a one-time watch. I’d give it 2.5 stars! (First Posted in MSN)