A sequel to the 2008 horror film ‘1920’, ‘1920 - Evil Returns’ revolves around the love story between a poet Jaidev Verma and a young violin teacher Smruti. Although the two have never seen each other, their love story blossoms through the letters, filled with romantic poetry, which they send each other. However, Smruti gets possessed by an evil spirit!

This film gets just about everything wrong. The dialogues, in particular, are laughably bad. The acting doesn’t salvage anything either. Tia Bajpai tries hard to look convincing as the possessed girl but her performance gets overshadowed by the bizarre screenplay. 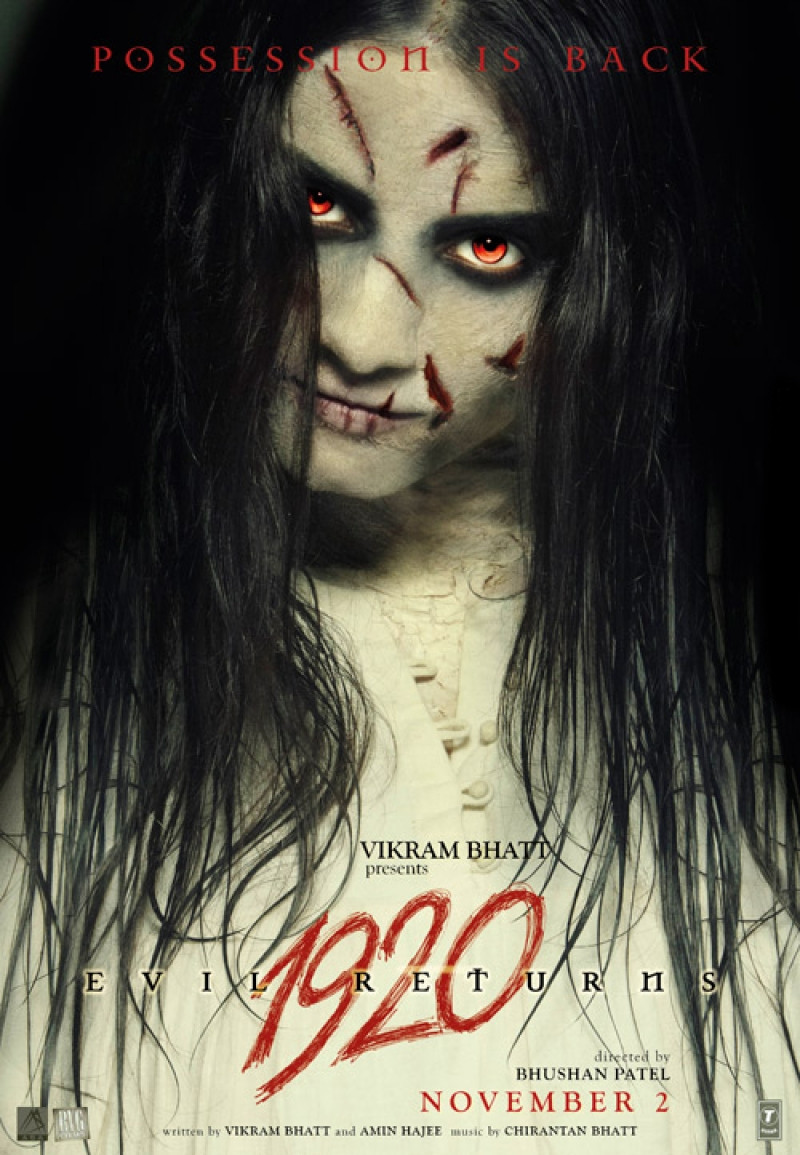 Renowned poet Jaidev Verma (Aftab Shivdasani) is deeply in love with a young violin teacher Smruti (Tia Bajpai). The problem is that he has never seen her before. So, the two lovers keep in touch through letters. An unexpected situation leads to Smruti getting possessed by an evil spirit. Somehow, she lands up at Jaidev’s house. However, since she has lost her memory there’s no way either Jaidev or she will know who the other person is. The evil spirit, who eventually turns out to be Jaidev’s old friend Amar, wreaks havoc all over. She spits nails, levitates in the air, and gets fits and the usual razzmatazz.

So you have the tantrik, doctor, concerned family members, suspecting maidservants lined up. All of them have their own take on how to get rid of the ‘evil spirit’. The inane plot is filled with silly dialogues. Some will make you guffaw, but after a while, it gets to your nerves. The first-half is still bearable, notwithstanding the stupefying lines and the unwanted Sufiyana ballads.  However, the second half tests your patience to the core and completely annihilates all your hopes to the ‘point of no return’. The premise is like any other Bollywood horror film. Over the last few years, a new genre has come up. It is called the 'Unintentionally funny horror film with sexual undertones'. Vidya Malvade, who plays Jaidev Verma’s sister Karuna, delivers an appalling performance. For a moment, you would still blame the writers. But then, going by record in Hindi films post the brilliant ‘Chak De India’, she is just not up to it. Aftab Shivdasani tries hard to look serious while doing inexplicable things on screen, but fails miserably. Tia Bajpai delivers a fine performance as the possessed girl, but the story and the screenplay is way too absurd to accommodate her efforts.

Writing, as already mentioned, is quite bizarre. The bad acting doesn’t leave any stone unturned either. Bhushan Patel repeats the same formula that Vikram Bhatt films are known for. Although such films work with the masses, ideally, there should be something ‘horrific’ about a horror film.

The horror, over here, lies in the script. Music by Chirantan Bhatt is average with no memorable track in the entire film. The film has been shot well by Naren Gedia. The gorgeous locales at Sweden up the visual quotient of the film considerably.

The film is nothing like ‘1920’. In all probability, the evil shall not return again.