The film is about villain of the popular arcade game ‘Fix-It Felix, Jr.’, Wreck-It Ralph. Ralph is tired of being the bad guy and wants to become the hero, consequently more popular, instead. This leads to a whole lot of chaos in the gaming world.

The film features delightful characters, most of them being iconic heroes/villains of the vintage video games. Stupendous animation courtesy Walt Disney Animation Studios, makes ‘Wreck-It Ralph’ one of the better visual films in recent times. The witty dialogues, with great voiceovers, will induce much more than just a few guffaws. 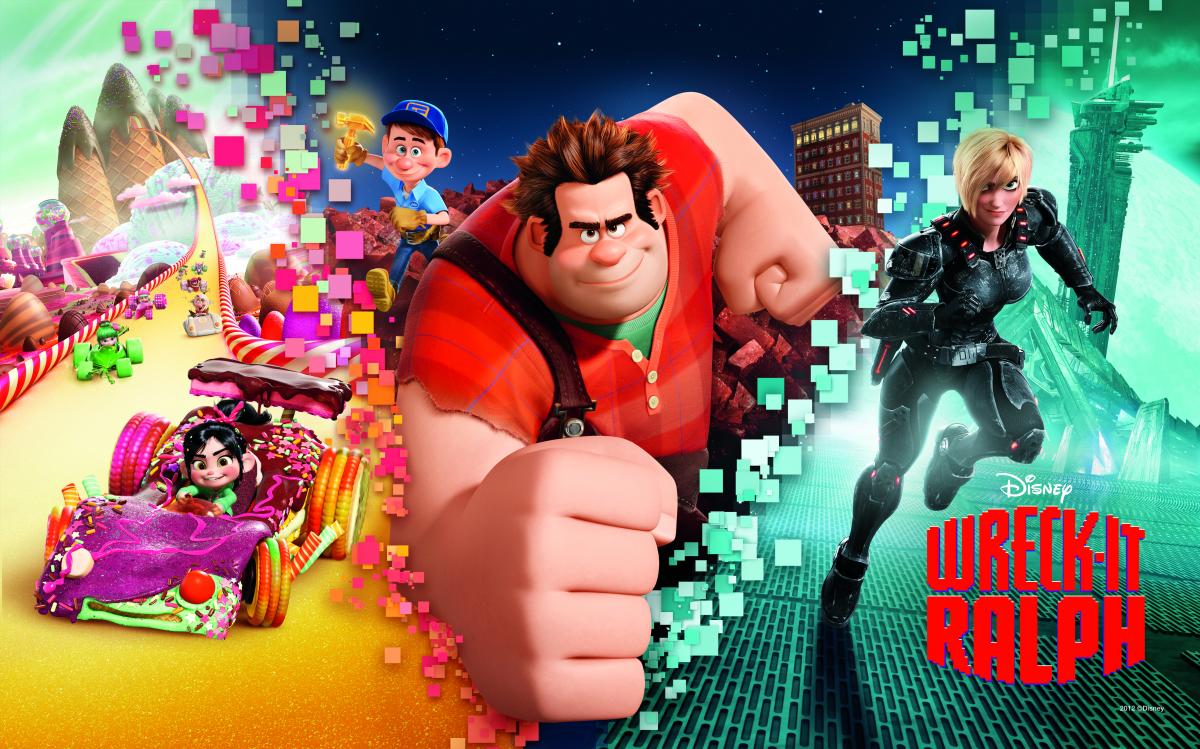 Ralph, the villain of the popular ‘Fix-It Felix, Jr.’ starts despising the game that he is such an integral part of. He is envious of the Good Guy, ‘Fix-It Felix’, for getting all the accolades and the all-important winner’s medal. Moreover, Ralph has to live in a dumpster while Fix-It Felix leads a luxurious life in a penthouse. The burly Ralph doesn’t want to destroy stuff anymore, and wants to become the Good Guy, instead of being the villain. So, he sneaks into another game called ‘Hero’s Duty’. Over there, he climbs the game’s central beacon and collects the elusive medal. In the meantime, he accidentally hatches a Cy-Bug, one of the game’s enemies. The Cy-Bug clings on to Ralph and both of them land up in a shuttle that flies them to another game called ‘Sugar Rush’. So we have plenty of problems here; the custodian of ‘Hero’s Duty’, Sergeant Calhoun, needs to destroy Cy-Bug, Fix-It Felix needs to get Ralph back in their game, a lovely girl from ‘Sugar Rush’, Vanellope, needs to win a race!

How Ralph, Felix, Calhoun and Vanellope work together to put everything back in order forms the crux of this gorgeous film.

Gorgeous, as the animation in the film is absolutely stunning and is sure to have the kids, even some adults, gazing at the screen with awe!

The witty dialogues, in addition, are sure to be a hit with the kids. The premise of the film, which incorporates vintage video game characters, is very likeable. The voiceovers, featuring John C. Reilly, Sarah Silverman, Jack McBrayer and Jane Lynch among others, are nicely done. The 3D is not really up to the mark. The visuals of the film are so stunning that you wouldn’t need 3D to escalate them.

Rich Moore has made a wonderful film for kids. Adults would enjoy this too as a one-off fare. The story is not out-of-this-world. It’s quite simplistic. However, you’ll surely leave the cinema hall with a wide smile on your face.
‘Wreck-It Ralph’ is a fun film! The ‘best’ film to come out this week. Watch it.