‘Chasing Mavericks’, directed by Curtis Hanson (‘L.A. Confidential’, ‘8 Mile’) and Michael Apted (‘The World Is Not Enough’), is based on the life of the American surfer Jay Moriarty. 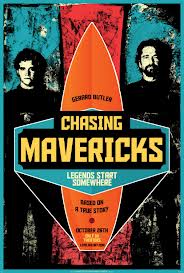 The film is packed with some fantastic real-wave visuals. Towards the end, it strikes the emotional chord as well. Gerard Butler delivers a fine performance as Jay’s mentor Frosty Hesson. Newcomer Jonny Weston is first-rate as Jay Moriarty. There are a few unnecessary side-plots in the film which really slow down the tempo. The film is worth the DVD rental, not a theatre viewing.

Circa 1987, 15-year-old Jay Moriarty discovers that the mythic Mavericks, one of the biggest waves on Earth, are not only real, but exist just miles away from his home at Santa Cruz. So, he persuades the local surfing legend Frosty Hesson (Gerard Butler) to train him so that he can surf on the Mavericks.

The training period begins with Frosty speaking about the four pillars of survival – Physical, Mental, Emotional and Spiritual. Jay gets asked to paddle across waters, write essays on various subjects, holding his breath underwater and much more. In the meantime, Jay’s coping up with his temperamental single mother Kristy Moriarty (Elisabeth Shue), trying to get close to his childhood crush, Kim (Leven Rambin) and an ego clash with his friend Blond (Devin Crittenden).

Frosty, too, has quite a few things on his plate. He cannot get himself to concentrate on his family. Surfing is his source of escapism and a way to forget his own personal trials and tribulations. His wife, Brenda Hesson (Abigail Spencer) keeps trying to get close to Frosty but to no avail. 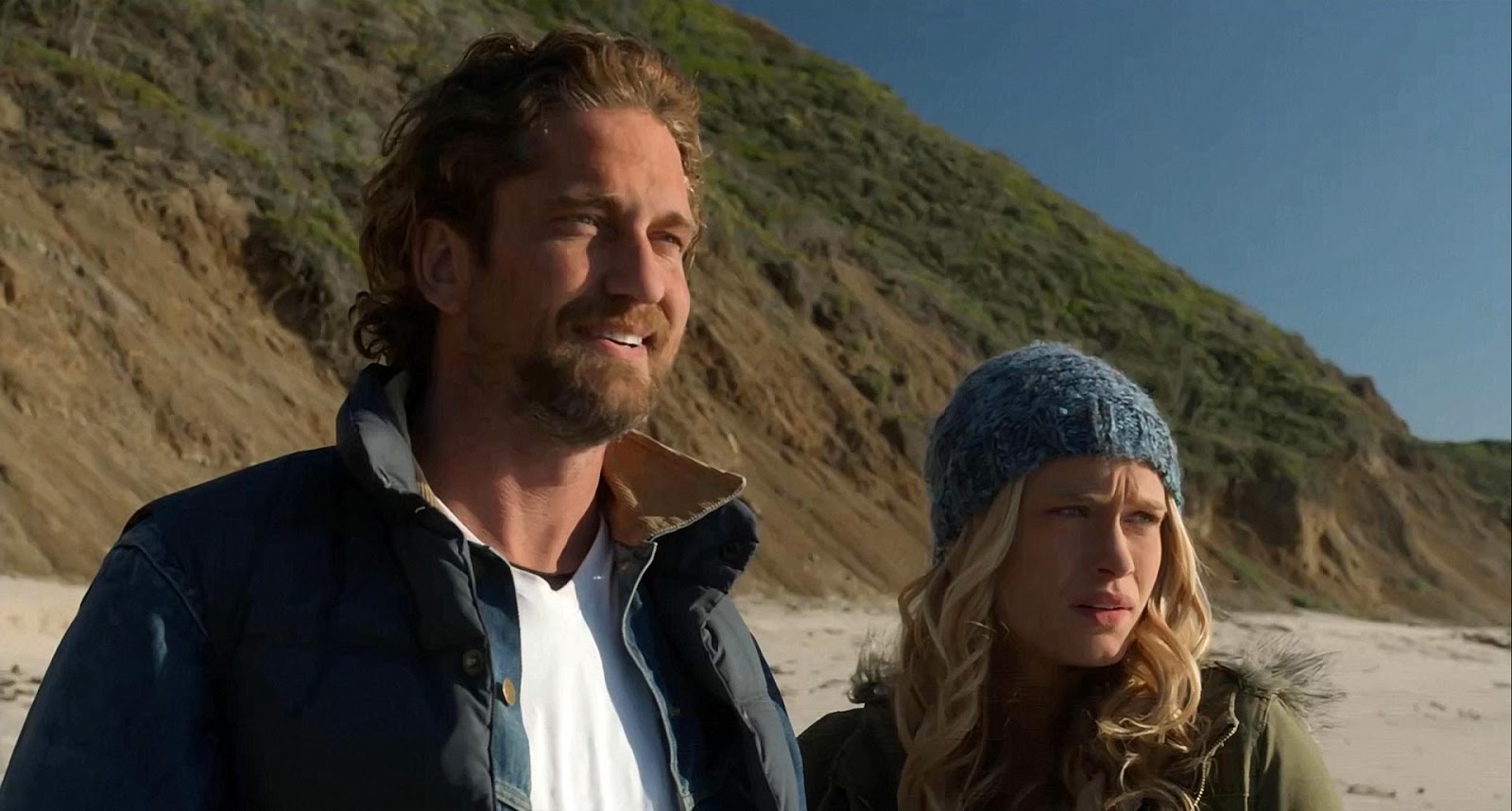 The film has too many side-plots. The predominant premise is the relationship between Frosty and Jay, but there are just too many unwanted aberrations. Jay’s relationship with his mother has been dealt with in a fine manner. However, the romantic angle with Kim seemed quite long-drawn.

Frosty’s equation with wife too has been presented quite nicely. However, the problem with having too many side stories is that you need to logically conclude each of them by the end of the film. This led to the 2-hour-long duration and frankly, the film doesn’t engage you till that long. The visuals are absolutely breath-taking.

The surfing sequences are excellently performed and shot. Gerard Butler and Jonny Weston deliver fine performances. The final 15-20 minutes of the film, packed with stunning visuals and a gripping background score, keep you on the edge of your seat. The ending gets a bit emotional and more or less, covers up for the intermittent flaws.

‘Chasing Mavericks’ is not at all a bad film. It gets a bit slow in the middle but keep the patience, it ends on a high. It is definitely worth a DVD rental, if not a theatre viewing.